You are using an outdated Browser like Internet Explorer 9 or lower. Unfortunately your Browser is unable to show this website correctly.
Please upgrade to Google Chrome, Mozilla Firefox or Internet Explorer 11.
last update: 16. Dec 2022

About
This webite wants to give a complete overview of all the concerts The Cure ever played and what songs they've played during these concerts.

As a basic i've used a list of The Cure concert dates that was originally compiled by Dominique Sureaud, Thierry Michaux and Dimitri Ramage between 1990 & 1992 during their work for the french magazine 'Anomalie'. I've added the setlists to this list using circulating concert recordings.
Not all the dates and setlists may be correct but over the years many additions and updates have been included with the help of a lot of Cure fans worldwide. Q&A arranged by Chain of Flowers in September 2016

Question: How did you remember everything in order to write a book? did you keep a journal from the start or did you just write it from memory. If it is written from memory how did you keep the dates and times of events in order? If you could let us in on how the whole writing process went down that would be great.

LOL: No I didn't keep a journal! The thing that I found was once I started to remember stuff it was like dominoes falling and then the floodgates opened and I remembered most things. Which was amazing. I would often wake last year at 4 am with a memory of some incident and that helped immensely. The other thing that helped immensely was the Cure-concerts website. Which I used to cross reference my memories with places we had been. From salon.com, October 2016

Lol: "There was a very interesting website that had every single show The Cure have ever played, ever, and the set list and everything. I would cross-reference my memories with that because that would help me input things in the correct chronological order.
Generally, you remember memories, and you think, Oh yeah, all that happened back then, but you don’t really remember the exact day. The one thing I found that was really wild was — my mother died when I was young, and I thought, Well, she died when I was 21. When I researched it and looked back at where I was — I knew exactly where I was when she died — I realized I was actually 22. Memories are very slippery things, you know."
version history
v1.0 launched on 29. July 2001 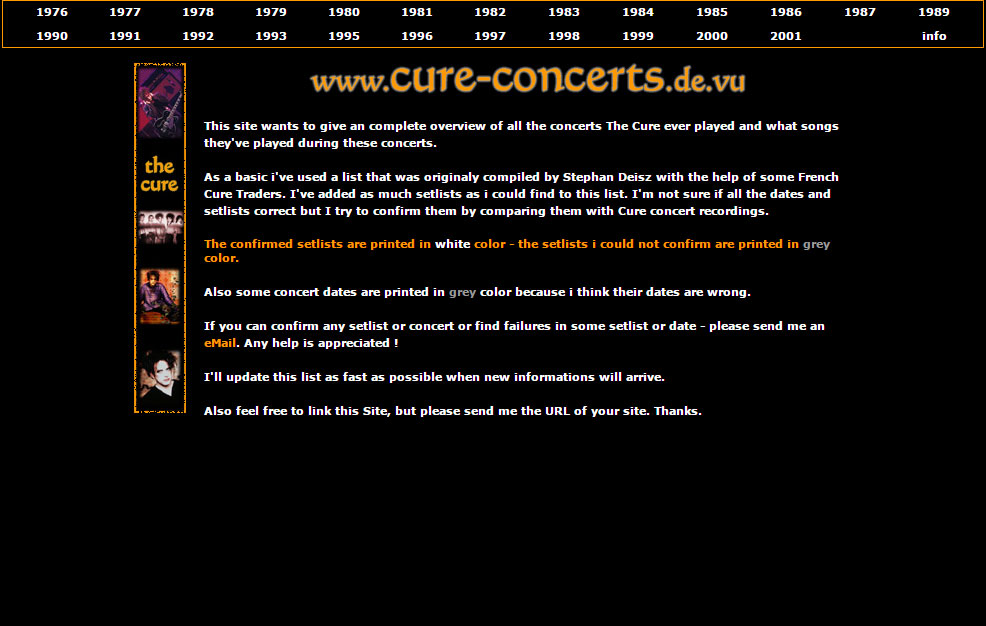 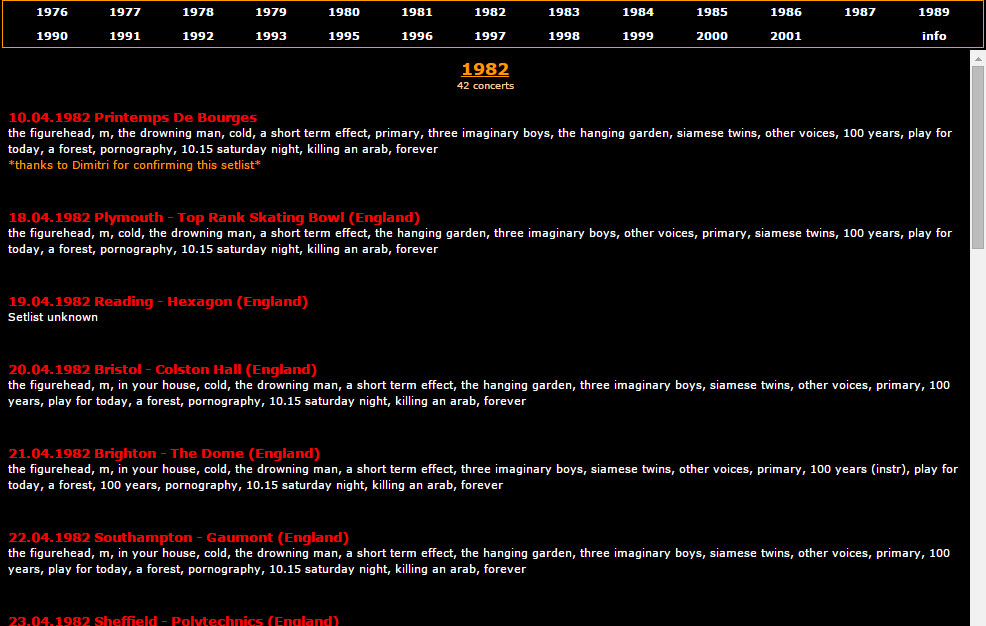 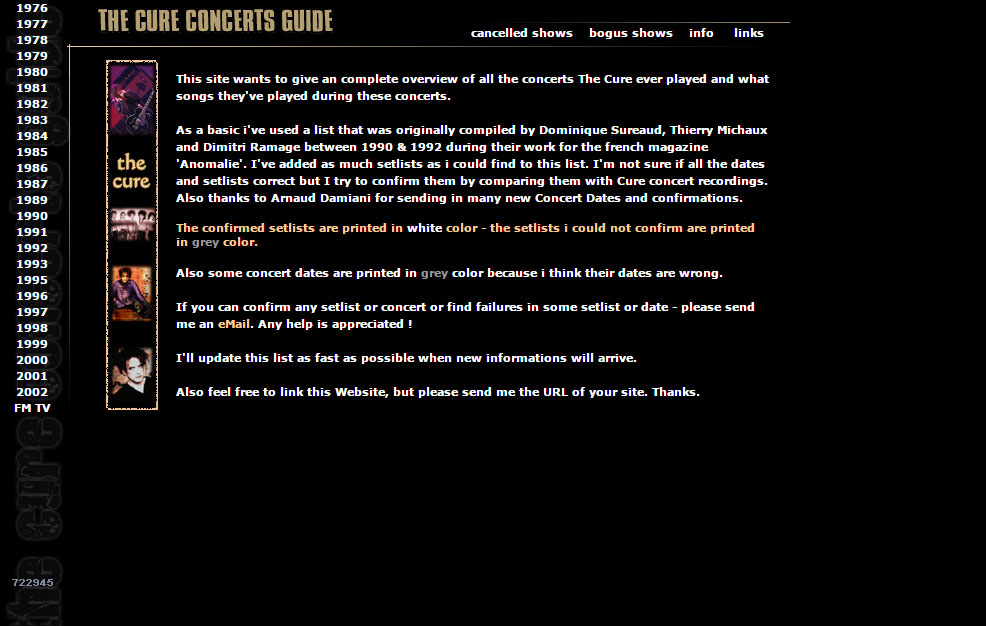 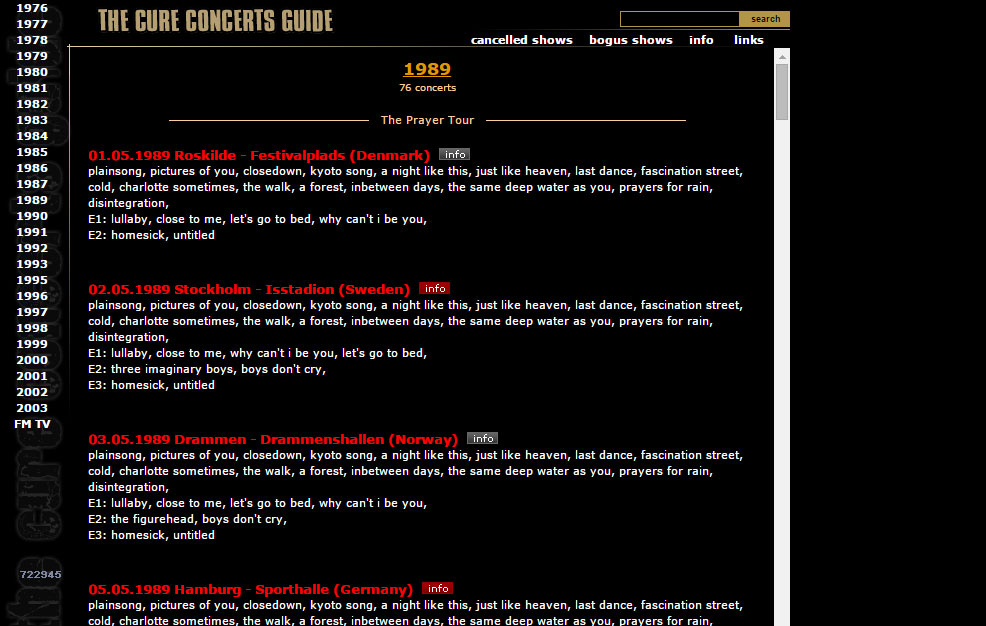 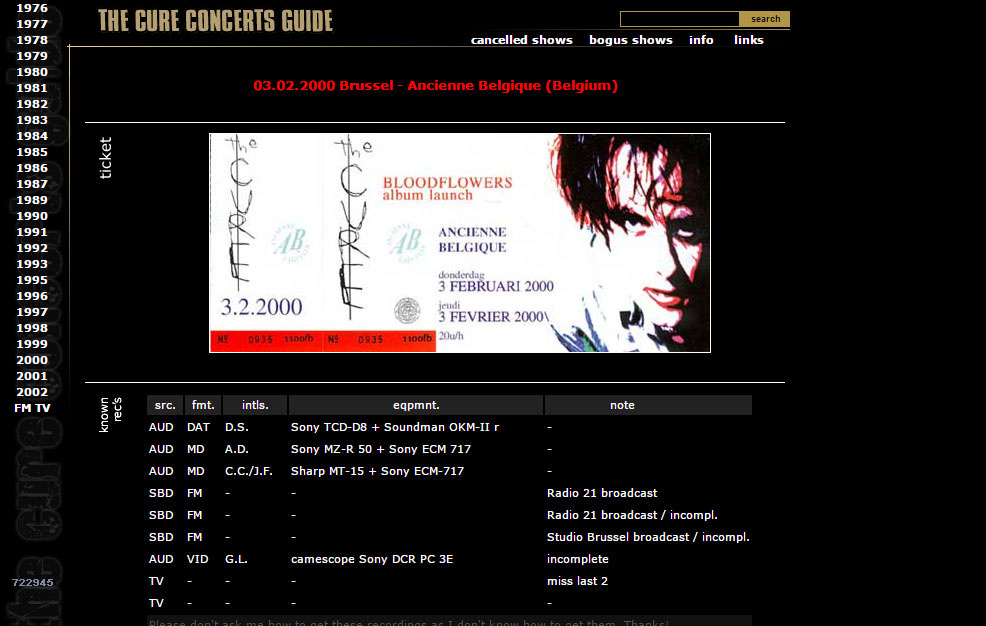 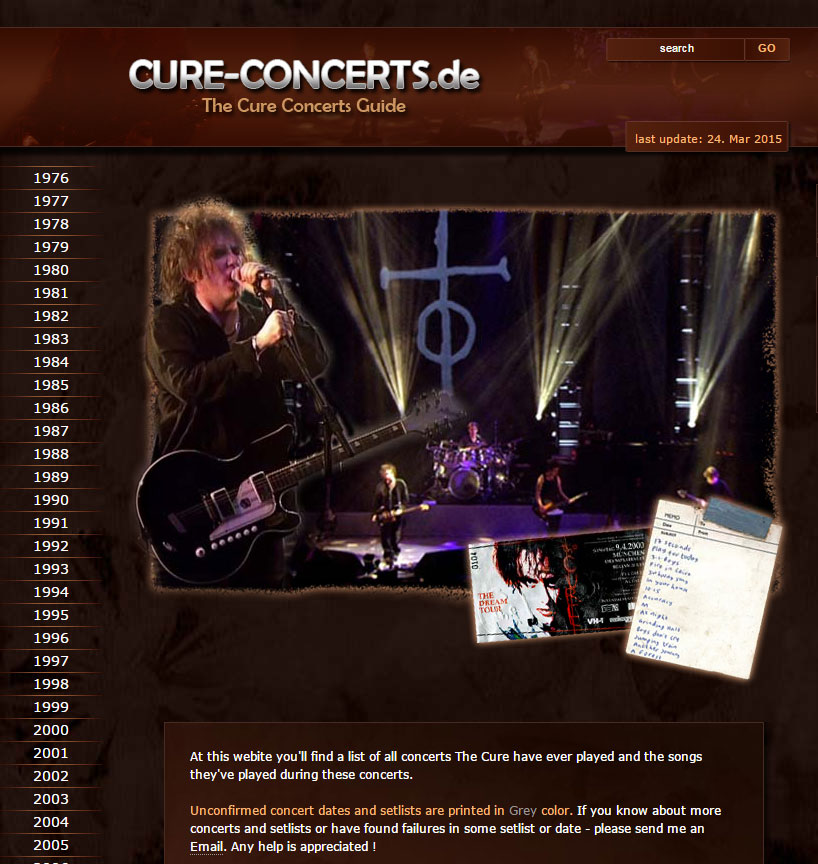 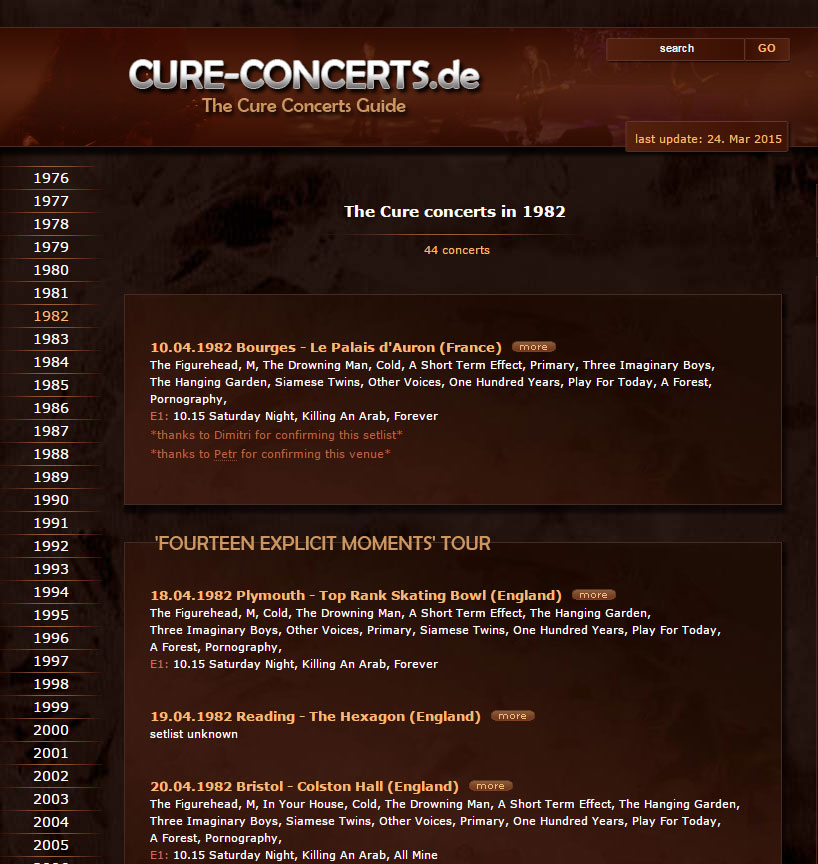 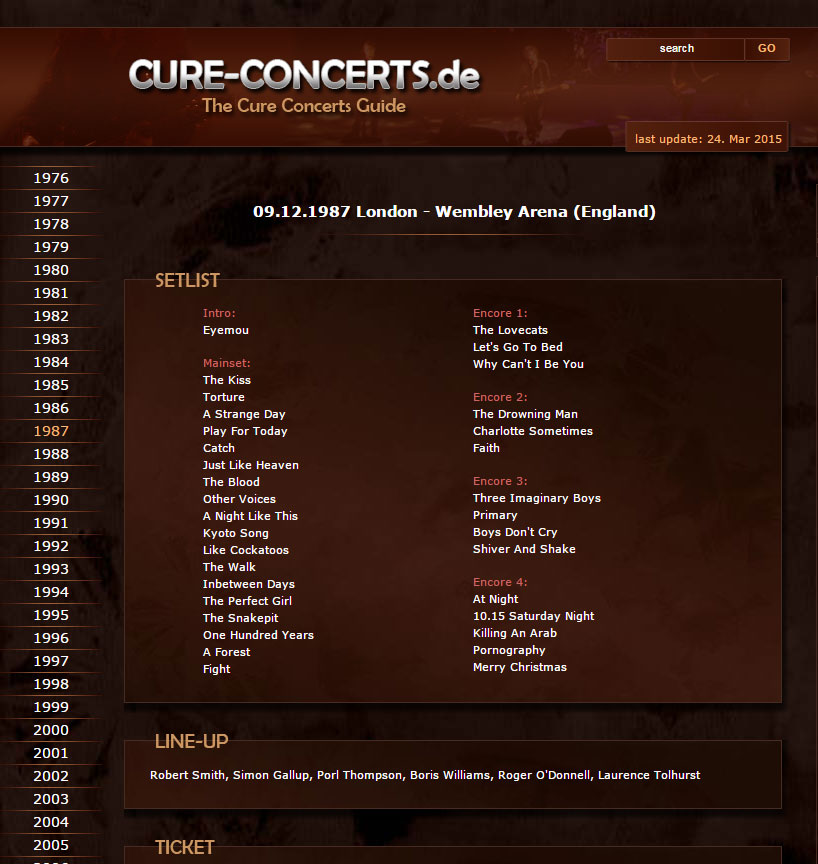